My name is Patrizia Marazzi. I am located on the western coast of Lake Garda in Lombardy. I work with wine export and wine tourism. With people, I prefer to patiently build deep bonds that last over time as it happens with a tasting that you enjoy slowly to discover an unknown nuance each time.

My skills and experience are now at the service of the wine-lover or the wine tourist. The intent is to communicate the wine through the connection with the production territory. When you know the origin of a wine, you can better understand its character and style. And your experience becomes unique.

I passed the 3rd level Wset. It is professional training in the world of wine focused on the wine industry in the world. It helped me to catch the point of view of visitors and importers on Italian wines. And to imagine a different range of experiences to offer.

It is the start of the collaboration with a big Spanish winery for large volumes, which continues until 2018. I was in charge of the development of different markets in Germany, Russia, and southeastern Asia.

I started working with wine by chance in Moniga del Garda. I was in charge of welcoming guests on holiday at Lake Garda and run the tasting. Unusual request for the period, given that in 1998 no one talked about wine tourism, nor storytelling and tasting was a quick presentation at the counter accompanied by bread and extra virgin olive oil of the territory.

I love nature, the outdoors, the alpine landscapes, and uncrowded places.

I had a childhood and adolescence both in an urban dimension in Milan downtown and a second life in summer made of outdoor walks, bike rides in the flat Po Valley, close to Mantua. The landscape was made of a flat plane to irrigate, fields scented with melons and poppies to amaze us among the ears of wheat. I started my training in a high school of foreign languages for the business. And I ended with a diploma as a tour operator. Later I got the certificate of German language for foreigners. The first work experience began at a publisher of fashion and costume trends to advance little by little in communication agencies, still in the world of famous designers.

These have been very stimulating years in which I have not practiced foreign languages, but I have learned notions of pagination, printing, advertising planning. After about ten years of work in advertising, the need to have lawns, fields, and greenery around it has become a priority. Leaving the countryside and returning to Milan at the end of the weekends became increasingly difficult. The big city had begun to sit tight. Every time I felt more comfortable surrounded by greenery, expanses of crops, and poorly built spaces. At that point, I left the metropolis and moved to Lake Garda, intending to work in tourism, thanks to the knowledge of languages. At present, I still love to visit the cities, but after some hours, I have to escape to the green world. 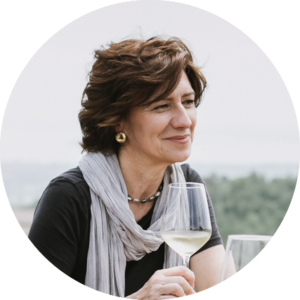